In the mk1 leg, this part was 3d printed with heat set inserts used to form the threaded holes.  This mostly worked, although occasionally the stud could shear along the 3d printed lamination lines.  Thus, for the mk2 leg, I’m making this part out of 6061. 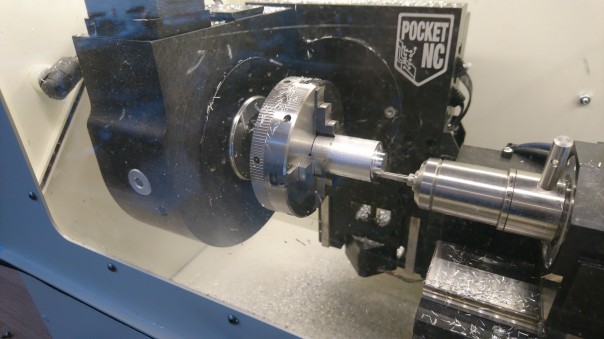 The first op takes a 0.875 inch cylinder, and does all the work on one of the sides.  That includes roughing it down to length, getting the outer diameter that the bearing rests on accurate, and drilling and threading the holes.

At that point, the part is turned over and bolted into a 3d printed fixture. 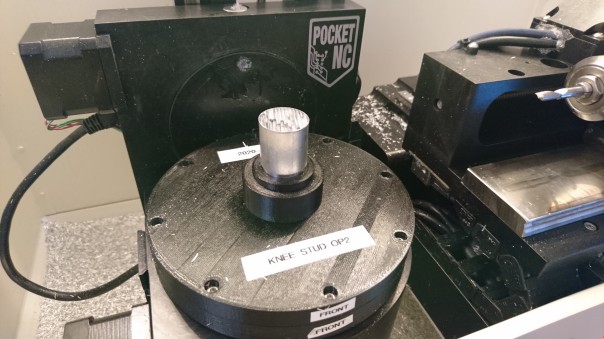 Then, all the tool paths are repeated on the other side, as well as the middle being cut away.  I didn’t really worry about surface finish on the middle section, since it will never be seen.  This of course would be much easier on a CNC lathe with live tooling, but hey, you use what you’ve got!