With my efforts to build a gearbox transmission and subsequent plans for a quadruped, there are a lot of parts which just can’t be made effectively from 3d printed plastic.  To date, I’ve sent out a few parts of the gearbox to CNC shops, which while effective, has a relatively slow turn around.  The best you can get without paying an arm and a leg is something like a week turnaround.  One thing I’ve learned from having a 3d printer on site is how transformative it is to be able to have single day turnaround for parts.  Thus, I thought I would experiment with CNC machining on a small scale locally and recently acquired a PocketNC V2-50. 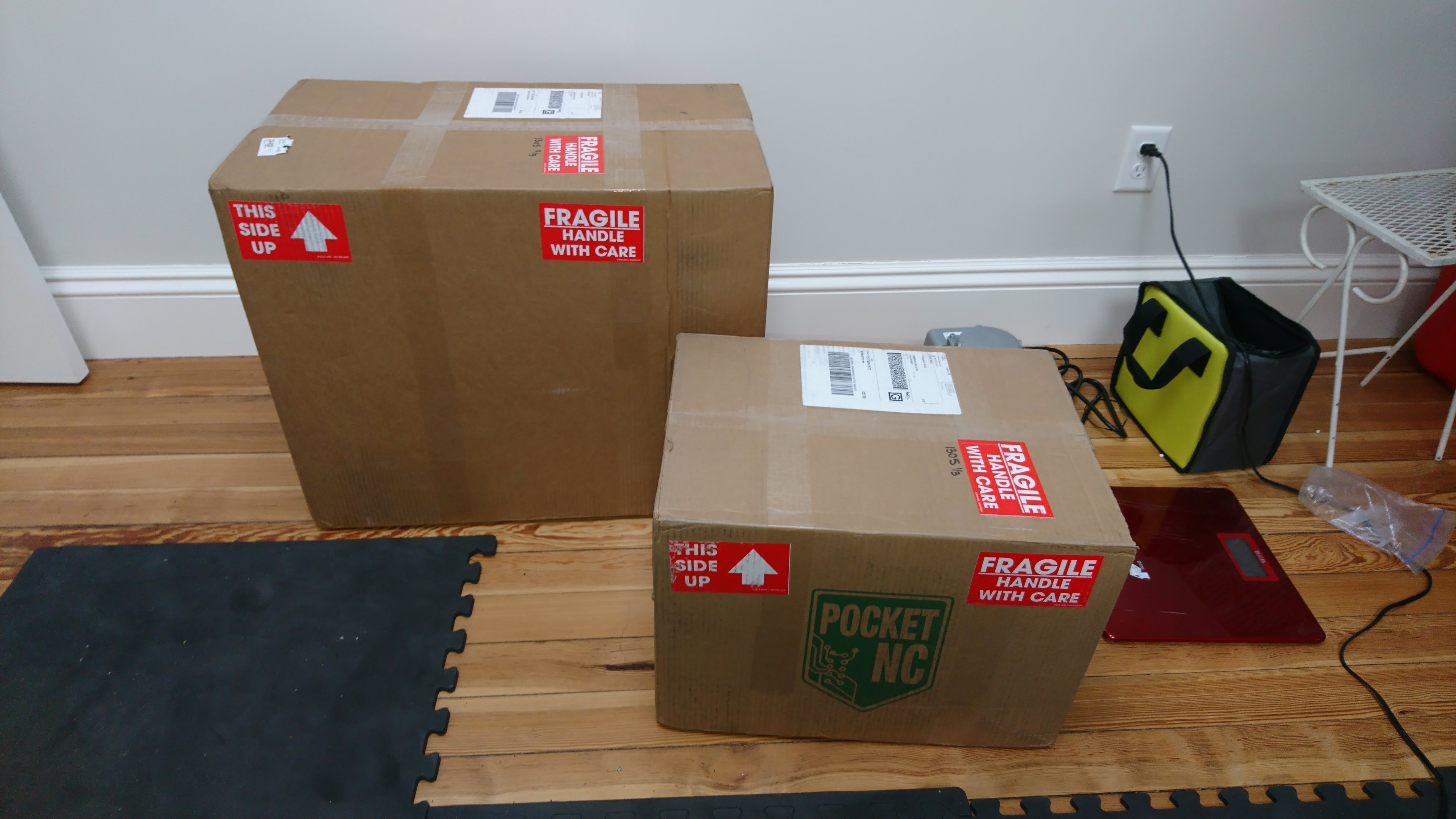 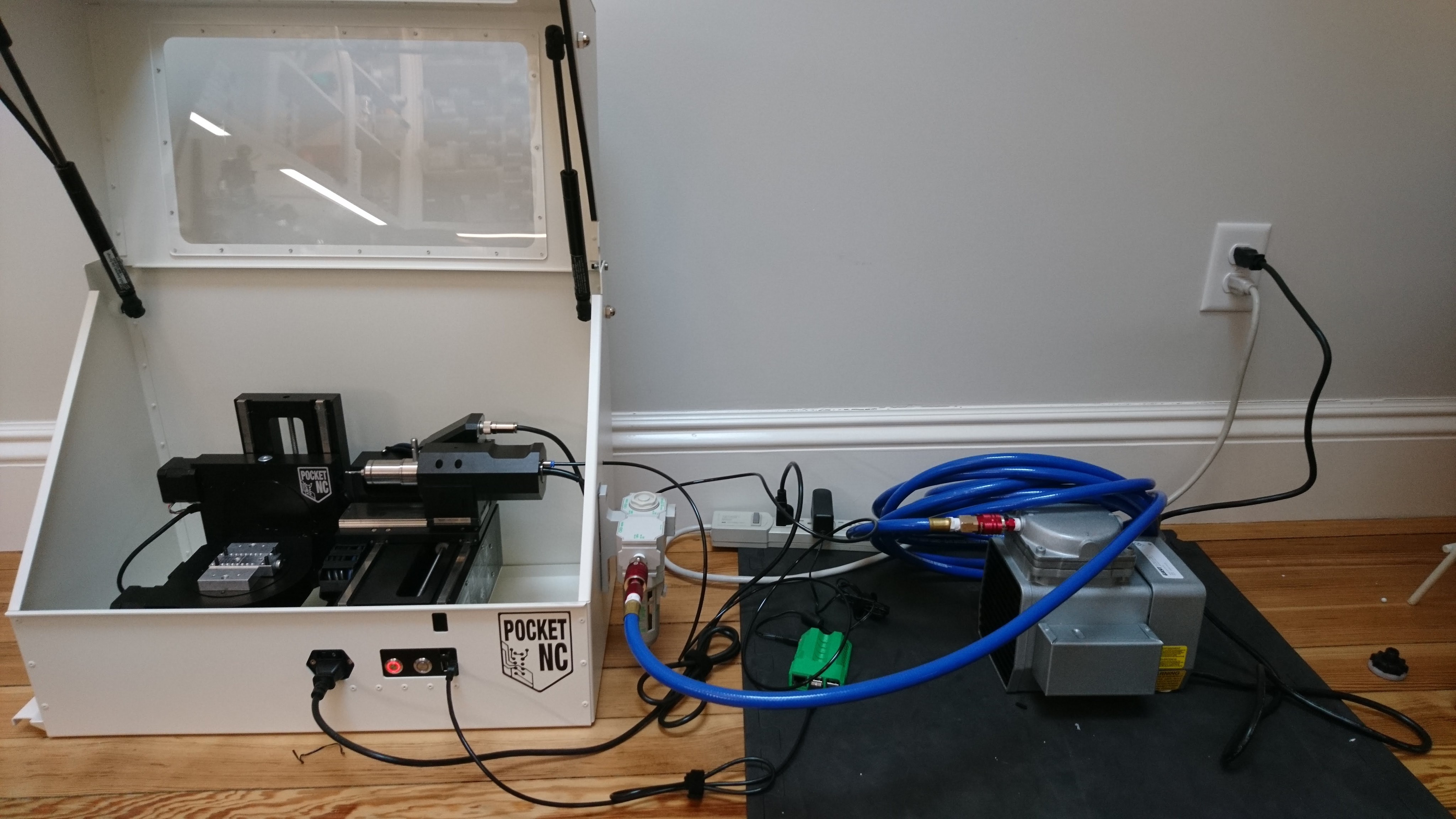 Since this is the V2-50 version, it has a 50,000 rpm spindle, theoretically giving it at least passable material removal rates in aluminum.  Most of my gearbox parts look like they could be machined in an hour or so.

To date, all I’ve done is machine half of a sun gear holder out of the wax stock that ships with the mill.   I took it plenty slow and consider it a success that I managed not to break anything on the first try.

The result is approximately a thousandth off from what I was aiming for on the two critical dimensions I tested, although that probably doesn’t mean much since it was just wax.  It remains to be seen what I can achieve in aluminum. 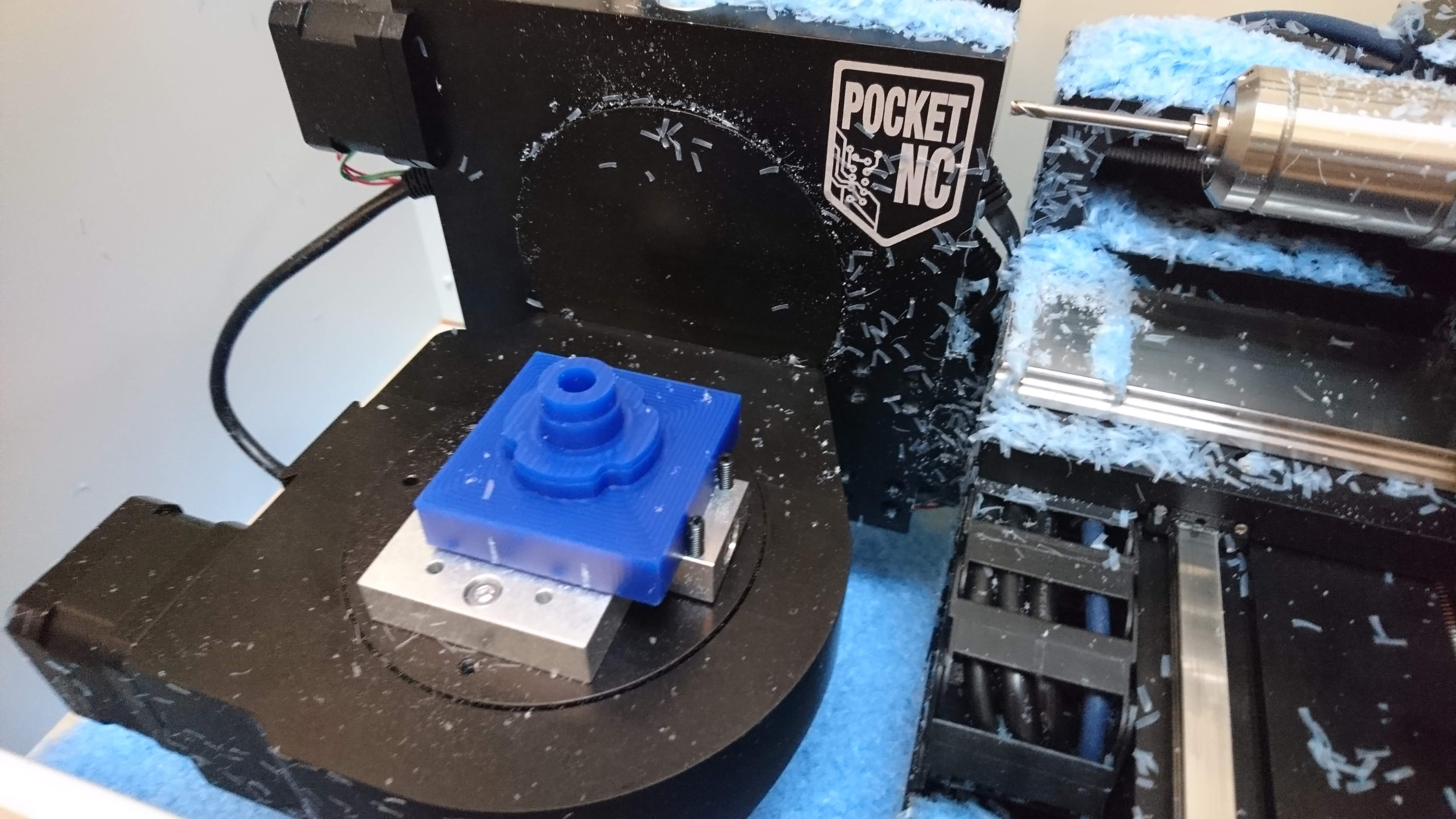 Now I actually need to get the tools and fixturing that will let me machine the other half.